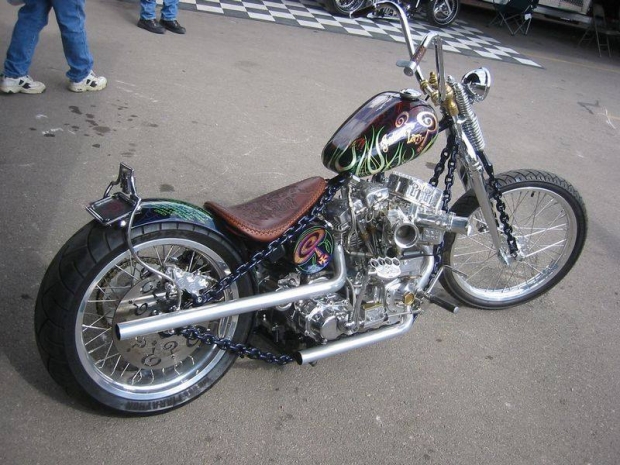 About Indian Larry from IndianLarry.com: Indian Larry was born in New York and was interested in mechanics from a very early age. Indian Larry’s inspiration was 50’s – 60’s motorcycle clubs, Ed “Big Daddy Roth” and the legendary Von Dutch. The skilled machinist, metal-sculptor and master motorcycle mechanic has won countless custom shows, was featured in Motorcycle Mania with Jesse James, participated in motorcycle racing, and originated the hard-core motorcycle style – a blend between classic choppers and hotrod race bikes.

Indian Larry’s resume includes movie, video, television, and magazine spreads. His eccentric nature combined with a unique and colorful appeal has gathered great interest from media, producing a fanatic fan base. Indian Larry starred in four episodes of the Biker Build-Off series which aired on the Discovery Channel. His personality and uniqueness has translated to people across the world. Indian Larry’s passing in August, 2004 was a tremendous loss for the motorcycle industry and all whom he touched. His vision and craftsmanship lives on in his incredible motorcycles, such as Wild Child and Daddy O. He has been added to the list of American icons, whose clarity on life and the dedication to knowledge affected countless people. There are currently two books written on Indian Larry, one which “Chopper Shaman” compares him to a mythical creature not of this world and another “Indian Larry” which is a photo history of some of his work and character.

After Larry’s untimely passing in August 2004 his friends and partners Bobby and Elisa Seeger continued Indian Larry’s dream of a custom motorcycle shop creating ride able works of art along with a parts and clothing line. Bobby, close friends with Larry for many years and his wife Elisa started working with Indian Larry in 2002. Bobby was responsible for marketing and public relations and Elisa his business manager. Along with Bobby and Elisa, there is a dedicated team to ensure quality in every bike, part and clothing item, Honoring Indian Larry’s spirit. 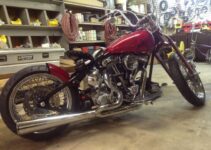 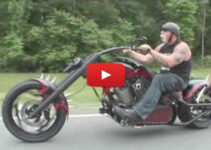